Learn to program and test a Cobot in this technical training course.

Cobots and Robotics is growing faster than any other industry.

The future is Automation, Robot installations and servicing.
We are the Future

Start with our starter course on Cobots and Programming 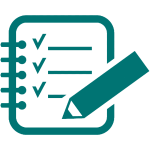 Take Part in our Universal Robotics – Module Based Training.

Fill out your details on the right and submit the form and we can send you a link to the Training Modules.

Bots Automation offers cobot training classes in the programming, applications and servicing of collaborative robots. These hands-on classes enable users to quickly gain the experience needed to create cobot applications and deploy cWhy you should consider a qualification in cobots and automation
Numerous studies published over the past few years have warned that the increasing use of automation and advances in artificial intelligence (AI) will have a huge impact on the job market worldwide. Estimates on the exact number of jobs that are threatened varies but almost every report agrees that automation will create a major shake-up of the way many of us work.
The Office for National Statistics (ONS), for example, recently said that 1.5 million jobs could be at risk in England alone.
The report, which was published in March, said: “It is not so much that robots are taking over, but that routine and repetitive tasks can be carried out more quickly and efficiently by an algorithm written by a human, or a machine designed for one specific function.”
The majority of these were low-skilled but automation is expected to have an impact at all levels of the job market.
While automation undoubtedly threatens some jobs however, it also opens up a wealth of opportunities. Robots can help make the workplace safer by taking over some of the more dangerous tasks currently undertaken by human workers. They can make businesses leaner and more productive and new roles are being created in the fields of automation and robotics. Someone, after all, has to design, build and maintain these robots, while cobots are designed to operate alongside human workers.
Retraining and gaining the relevant qualifications can help you to take advantage of these opportunities as the world of work rapidly changes.

What are cobots?
Cobots, or ‘collaborative robots’, are robots that are designed to collaborate with people. Traditional robots used in industrial processes and other settings are essentially automatons. They are designed to do either a single or a small range of tasks over and over again with little oversight required by humans. They will typically be in a separate area, caged or fenced away for safety.
Cobots are generally more mobile. They may be equipped with a range of sensors that allow them to navigate a workspace and could perform a number of tasks, including but certainly not limited to delivering packages or components, recording and delivering messages or providing remote communications such as webcam between human parties. Some companies might maintain their own cobot workforce but robot hire is also a possibility.
They may also be able to interact with human workers via a number of different methods, from voice commands to task management software and programmes. Again, skilled human operatives will often be required to give these collaborative robots their instructions, as well as designing and building them in the first place. A certain level of training and qualifications might also be required in order to work safely and effectively alongside these cobots.
Automation has already started to change the working landscape and there’s little doubt that it is set to have a much bigger impact in the future. By getting the right robotics education and training now, you can be in a great position to benefit from these changes as and when they occur cobot solutions.

Our one-day training course gives insight into all aspects of using a collaborative robot.

Have a question about this training or another? Fill out the form below and we’ll get back to you!

Click to Learn About Robot/Cobot Hire in the UK.